It happened to all of us: To find a new recipe but not know how much or how many of each ingredient you should buy from the store and use. Some recipes will call for “the kernels from two ears of corn” while others will require you to use “1 cup of corn kernels”. This can be a proper description if you are using either fresh corn, or frozen corn respectively, but else, it could be really confusing. So how much corn is on an ear of corn? As you’re probably used to by now, to help you get the answer to this question, we went straight to the produce section of the store, bought what we needed, and jumped right into the kitchen to do the needed experiments.

As a reference, you should know that a small ear of sweet corn measures around or less than 6.5 inches long, and a large ear will be around 7.5 inches. This means that you should consider a corn ear to be medium in size if it falls anywhere between 6.5 and 7.5 inches long and around 2 inches across in the place where it is the widest. To keep the test valid, we looked for a couple of ears of corn that were medium-sized.

Our tests to find out exactly how much corn is on an ear started with us removing the kernels from our medium-sized ears of fresh corn. Even though you should expect the cobs to yield different amounts of corn kernels depending on their size, we were surprised to get a consistent 1/2 cup to 3/4 cup of corn from the medium-sized cobs. More often than not, our medium ears of corn produced 3/4 cup of kernels when cut from the cob.

An interesting aspect is that corn is not really a vegetable, but a grain. Furthermore, it is part of the grass family, a cereal crop. Each kernel is basically a seed and the whole ear is part of the corn’s flower. You will always find an even number of rows on cobs. Not all corn can be turned into Popcorn. You will need a special type of corn that when under heat will burst into fluffy, hot kernels. You can turn corn into fuel alcohol, which is perfect to mix with gasoline for a clearer burn and to reduce air and water pollution.

At this point, you should have all the necessary information to be able to convert frozen and fresh corn into your favorite recipes. For an easier conversion of corn and corn ears, you can also use our custom-built conversion tool that you can find below.

As you might already know, corn is a tall grain with large elongated ears wrapped in leaves and silky threads on the top.  Some people also call it maize. It is considered one of the oldest domestic crops in the United States.

What Are the Known Types of Corn?

There are a few commonly known and used types of corn, and they are:

Is Corn Considered a Fruit or Vegetable?

Technically, corn is a grain, which makes it a fruit, since grains are a type of fruit. Even so, in today’s society, we still consider corn to be a vegetable, exactly like we do with green peppers or tomatoes, which are also categorized as fruits.

In terms of taste, corn has a soft buttery flavor, sweet nonetheless. When on a cob, corn has a tender texture inside and a crunchy one on the outside.

If you pop it, regardless of its type, you will notice it to be tasteless, but very tender and fluffy. You can add a lot of different ingredients to enhance its flavor, like caramel, cheeses, spices, salt, or butter. The way you pop the popcorn will also change its taste. You can pan it with oil, air pop it, or cook it in other ways.

Both flint corn and field corn will have to be processed before they can become ingredients in recipes.

Are There Any Good Substitutes for Corn?

Most recipes will let you substitute sweet corn for jicama, sweet potato, or peas.

You can use ground oats, polenta, or corn grits to replace cornmeal and if you are out of cornflour, you can simply use polenta flour instead.

How to Remove Corn from Its Cob

You shouldn’t start removing the corn from the cob before removing the silky strings and the green leaves that are wrapped around the ear of the corn. It will have a fresher taste if you husk the corn right before cooking it. To remove any dirt from it you should wash the cob of the corn under cool running water.

You don’t have to remove the corn kernels from the cob before you cook them; you can do this after you cook them as well. But generally, you will have an easier time handling it while it is cool to the touch and still raw.

To remove the kernels you will first have to hold the corn from one end and place the other end over a baking pan, cutting board, or bowl. You will then use a sharp kitchen knife to slice down the ear from the top to the bottom. Do this slowly.  In this way, the kernels should fall right off the cob. After rotating the corn ear you should repeat the same action. You will have to do this until there are no Kernels left to remove.

Should I peel the Corn Husk or Is It Edible? 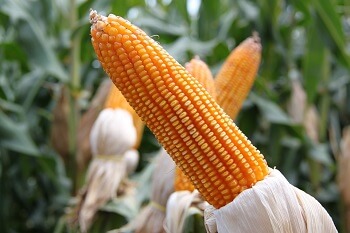 Before even thinking about eating corn, you should first remove all of its silky strings and its husk. After you clean off the ears of the corn, you will have to wash them under cool running water to remove any dirt that is still on it. The best time to husk the corn is right before you cook it, to keep its flavor fresh.

You can leave the husks on if you want to roast the corn over the oven or cook it by the campfire. Even so, repositioning the husks back around the ear after peeling it to remove the silky tufts is a great idea.

How to Make Corn Juice

You will have to shuck all of the silky tufts and the husk to make sweet corn juice. You will also have to rinse the corn kernels in cool running water. While holding the ear of the corn over a cutting board or a bowl, you will have to remove the kernels with the help of a sharp knife.

The final step is to put all of the corn in the electric juicer and then drink the refreshing drink you get from the process. You can also mix corn with different types of fresh juiced ingredients.

How Should You Store Corn

Unhusked sweet corn can be stored in a refrigerator but no more than 2 days without putting them in plastic bags.

If you already husked the ears of the corn, then you should wrap them in a plastic bag (not too tight) and keep them in the refrigerator for a maximum of two days.

Should I Freeze Fresh Corn on the Cob?

You can freeze the corn ears to keep them fresh if you don’t plan to eat them for at least 3 to 4 days. To keep them for a longer time, you should shuck the husks and remove any silky strings before you freeze them. You should also try to rinse the ears under cool water.

To stop the cooking action, you should place them into an ice bath, but not before blanching the corn on the cob in boiling water for around 4 minutes. Before putting the ears in the freezer you can also put them in a single layer in a Ziploc bag.

If you want to eat sweeter corn, then you should cook it as soon after picking it as possible. The natural sugar found in corn will turn into starch very fast. Corn should be refrigerated as soon as possible. If left on the counter at room temperature, the sugar will turn into starch in a very short period of time. Try to place corn on the front side of the refrigerator to avoid chilly temperatures, because corn is sensitive to very low temperatures.

Freezing: Don’t forget to remove any silk strings or husks. You should only blanch it for around 4 minutes since the water starts to boil for small ears and six to eight minutes for larger ears. After it was blanched you have to put it in ice-cold water immediately for the same period of time. Then drain it and pack it in plastic bags. You can store frozen corn for up to one whole year if you did these steps perfectly.

If you want to slow the conversion from sugar to starch, you will have to wrap the unshucked corn in a wet paper bag before storing it. The corn in its paper bag should then be placed in a plastic bag and then placed in the refrigerator. This way it will last for a maximum of 9 days.

You can keep cooked corn kernels in the refrigerator for a maximum of 3 days.

Canning: You can can corn and it will usually last for a decent amount of time but you will have to process it properly because it is a low acid vegetable. The process is pretty complex so look for online tutorials for a better understanding of the necessary steps.

It is always better to buy corn that still has its husks. Even though it would be easier to get them already shucked, you will usually lose quite a bit of its quality and flavor if you don’t buy it husked.